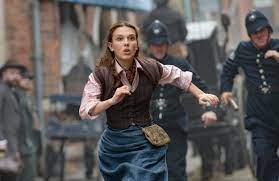 Enola Holmes, the sister of Sherlock Holmes, is back for another mystery (thank you Netflix!) and we get to take a step back in time to the dirty, iconic, and dangerous era that the classic Sherlock Holmes stories are based.

If you’re familiar with the Sherlock Holmes storyline, you’re right, Sherlock Holmes doesn’t have a sister that’s mentioned in the original novels but, since most of the iconic characters’ stories are in the public domain, so there’s room to expand his story, right?

Enola is a young woman in her early 20s who is thrust into the life of a detective, and she has the same wit as her brother Sherlock to solve crimes while staying one step ahead of the police.

What’s great about the Enola Holmes movies is they also include Sherlock (Henry Cavill), and he’s a perfect fit for the role, and sounding board for the young Enola, played by Millie Bobby Brown. 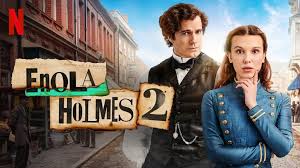 A Fun Move from Start To Finish

Unlike some movies that are good in the beginning, Enola Holmes 2 keeps you hooked to the storyline from start to finish because it’s not a boring ‘who dunnit’ movie, this film is also funny and has some good action.

Netflix is to be commended for releasing quality movies like Enola Holmes 2, especially since this movie features a storyline that has a smart young woman who keeps older, male detectives guessing. 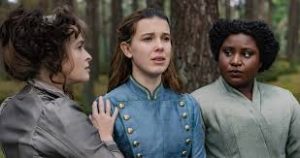 With a plot inspired by the 1888 London Matchgirls Strike, this movie loosely dips into history to keep the plot interesting and connected to issues that are still relevant today.

Helena Bonham Carter is the anchor of this movie because whenever Enola comes to a difficult spot, she flashes back to her experiences with her mother for advice on how to move forward, and her mum does make a brief appearance in the movie to get Enola out of a jam.

David Thewlis is also perfect as Grail, Enola’s nemesis, who will stop at nothing to see that she ends up in prison and his determination leads to some climatic chase scenes. 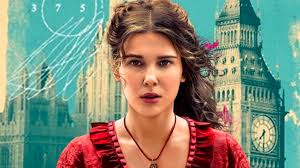 When Is Enola Holmes 3?

Like any artist and mystery fan, I’m ready for Enola Holmes 3, especially considering that the end of the movie introduces Dr. Watson to Sherlock, and there’s an interesting spin on Sherlock’s nemesis, Moriarty.

You can find this movie streaming on Netflix. Grab some popcorn and enjoy it!