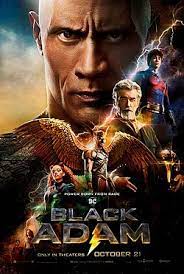 Black Adam is The Rock’s first foray into the comic book world, and he scores big with this adaptation of the iconic DC Comic book character.

This movie had been in development for some time and following its release, there’s been some negative buzz, but from a fan’s perspective, this movie is awesome on every level.

Black Adam excels as a superhero movie because one person, Dwayne Johnson (The Rock) has already developed into a hero during his many years in the WWE and action movies so, it was only a matter of time before he found the right superhero movie.

Is Black Adam an “Anti-Hero”?

One of the big questions about this movie that many people have is if Black Adam is an anti-hero?

The answer to this question is yes, and no.

Yes, he starts out wanting to take vengeance on everyone, but he eventually goes through some trials that lead him to recognize the gift that are his powers, and why he needs to be a hero. 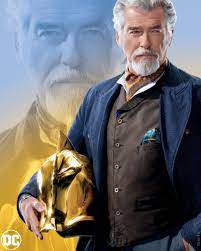 Besides The Rocks acting in this movie, another awesome character is Doctor Fate, another well-known DC character played by Pierce Brosnan.

His performance was a surprise since I didn’t know much about the film before watching it and I found his scenes fun to watch, especially his scenes with Aldis Hodge (Hawkman).

I’d love to see a prequel movie with just Doctor Fate and Hawkman because both characters obviously have a long history together and it would be fun to see a movie about that.

What’s Next After Black Adam?

With the huge success of Black Adam most fans are wondering what’s next for the franchise, and the answer to this question may lie with Superman, since Henry Cavill and his Man of Steel make an appearance during the credits of the movie.

There are rumors that DC is trying to relaunch the Superman franchise and General Zod so we could see another DC comic book film soon with Black Adam and Superman, or there could be another solo Black Adam movie.

Either way, I’m a very satisfied artist and comic book movie fan who can’t wait to watch this movie again on Blu Ray so I can dig into the bonus features.