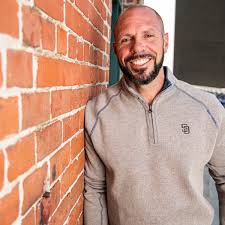 As lifelong Padre fan, I’ve seen it all, and lived through some pretty terrible teams over the years, this is why the 2021 Padres, and manager Jayce Tingler, gave me hope that this season could be the one that would result in the team heading to the playoffs, and possibly the World Series.

What’s great about the team this year is that they have great all-around players like Fernando Tatis jr. and Manny Machado, plus a wide variety of other stars like Jake Cronenworth.

The 2021 season started out with this team exceeding the expectations of every fan when Joe Musgrove pitched a no-hitter. There was nothing better than to see him pitch the first no-hitter in the team history, but that would sadly be one of the few high points out of the season.

Aside Musgrove’s no-no, and Jake Cronenworth hitting for the cycle, the 2021 season is going down as one of the most disappointing in Padres history because of the fact that this team is under delivering when it really counts, despite having superstar players and a huge team payroll.

Let’s face it, when it comes time for a team to win, expectations are high, and when that team under delivers, one of the key areas that has to be examined is management.

Jayce Tingler, (current Padres manager), is in his second year at the helm of the team after a short Covid-19 season in 2020. Like other Padres fans around the country, we were hopeful that the team could dominate in 2021 since they showed promise last year.

Tingler did an excellent job in 2020, he pulled the team together after former Padres manager Andy Green was fired, but the reality is that he’s not lived up to expectations during a normal 162 game season.

An excellent example of this is the recent series in St Louis where Manny Machado was caught on camera screaming at Fernando Tatis during the middle of the game because Tatis was brooding over a called 3rd strike.

Machado essentially took on the duties of Padres manager at that point by going after Tatis, getting him out of his head, and onto the field, but the media took this the wrong way and portrayed it as being contention between Fernando and Manny.

Even though Manny essentially said what needed to be said, the reality is that this altercation should never have made it the dugout, and it’s a perfect example of why better leadership is needed at the helm of the San Diego Padres.

Aside from the recent altercation between Tatis and Machado, there are many other games that I can point to where it seemed like the bad management decisions were made that cost ballgames that the Pads should have won.

Will Preller Make A Move?

When AJ Preller originally hired Jayce Tingler to be the manager of the San Diego Padres, this move seemed like a smart one especially since Tingler had spent many years as a coach with the Texas Rangers organization.

After a 2021 season that’s fully exposed his lack of experience as a major league baseball manager, most fans would agree that it’s time for him to go because the reality is that if the Padres don’t fire him after the end of the 2021 season, the franchise could find themselves with a lot more disinterested fans when the 2022 season comes around.

Even if the Padres keep Tingler on for another year, I’ll still continue to follow the franchise even if I’m disappointed because, Padres baseball is in my blood, and I’ve been a fan since the 1980’s.

Like most fans, I’m disappointed to see a seemingly excellent team on the field produce little to no results at the end of the season but, with patience and time, I’m hopeful that this franchise will turn it around and maybe, eventually, take another trip to the World Series.